Could the Western democratic system be only a transitory phenomenon in the long history of humankind? 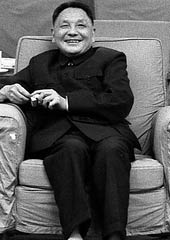 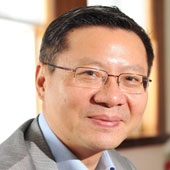 Zhang Weiwei is a professor of international relations at Fudan University.

The Western democratic system might be only a transitory phenomenon in the long history of mankind. Why do I think so? Two thousand and five hundred years ago, some Greek city-states like Athens practiced democracy among their male citizens, and later they were defeated by Sparta.

From then on, for over 2,000 years, the word “democracy” basically carried a negative connotation in Europe. Often, it was seen as the equivalent to “mob politics.” The Western countries did not introduce the “one person, one vote” system in their countries until their modernization process was completed.

First, there is no culture of “talent first.” Anyone who is elected can rule the country. This has become too costly and unaffordable, even for a country like the United States. As a superpower, U.S. policies have global implications. So a lack of political leadership or accountability in the United States causes serious problems.

George W. Bush did not run his nation well and, under his “mis-leadership,” the United States declined sharply for eight years running. Even a country with such ample resources cannot afford eight years of decline.

Second, the logic of the Western welfare state seems such that the benefits package can only go up, not down. That expectation makes it very hard to launch fundamental social and economic reforms that may be required, as China did in its banking sector and state-owned enterprises.

Third, it is getting harder and harder to build a social consensus within the Western democratic countries. This problem is especially acute in the United States, but not limited to it.

In the past, the winning party or coalition, provided it had a majority of the votes, usually united the whole society in a developed country. Today, the losing party, instead of conceding defeat, continues to obstruct. As a result, American society is deeply divided and polarized.

Fourth, there is an issue of simple-minded populism, which means little consideration can be given to the long-term interest of a nation and society. Even powerful countries like the United States are running this risk.

In 1793, King George III of the United Kingdom sent his envoy to China to open bilateral trade. But Emperor Qianlong was so arrogant that he believed China was the best country in the world.

Due to his intransigence, China did not need to learn anything from others. This is what defined the “end of history” then. And it was at that point in time that China began to decline.

I now observe a similar mindset not just in the United States, but virtually the entire West. It is necessary to come to China and see with one’s own eyes how China has reformed itself over the past three decades.

Each step China takes is small, yet the journey is non-stop. The West still has strong faith in its own system, but it is the same system that has become more and more problematic.

Greece, the cradle of Western democracy, has gone bankrupt. British debt is as high as 90% of its GDP and America’s debt is equal to 101% of its GDP.

China lagged behind the West over the past 200 to 300 years. But China is catching up fast, particularly in the more developed regions of the country. Now, it is the West that that is a bit too arrogant and fails to look at China with an open mind.

To my mind, the West — and especially the United States — can learn some vital things from China. President Obama may be right, as he urged his fellow citizens to build high-speed railways, focus on basic education, reduce the fiscal deficit, have more savings, develop the manufacturing industry and drive up the export sector.

Obama has kept emphasizing the theme that the United States cannot become the world’s No. 2. It is very obvious that he feels the pressure from the rise of China.

In China, thousands of years of traditions leave their mark on everything. I am not saying tradition is always good (or bad). My point is that it is impossible or unrealistic to break from one’s tradition as it always has an imprint on what we are doing today.

What we can do is to leverage the advantages of our traditions while mitigating whatever disadvantages are in our traditions. What happened in the Cultural Revolution tells us that it is very difficult to break from tradition.

But China does have some very good traditions, which include a belief in meritocracy. The careful process of selecting leaders, plus some form of election, offers a promising future for China. We can do well on that basis, given our thousands of years of experience in meritocracy-based selection.

China does not have the intention of marketing its model as an alternative for other peoples or countries. What we focus on is simply running our own country well, which means doing a good job for one fifth of mankind.

There is nothing better than achieving this goal. But it is also true that if you do well, others will follow your example.

Today, virtually all of China’s neighboring countries — from Russia to India, and from Vietnam, Laos, and Cambodia to the Central Asian nations — are learning in one way or another from the Chinese model.

The relationship between the middle class and the Chinese state is most likely to be positively interactive, rather than confrontational. This can be expected to generate a social cohesion in Chinese society that is perhaps unmatched in any Western society.

China has learned so much from the West — and will continue to do so for its own benefit. It may be time now for the West, to use Deng Xiaoping’s famous phrase, to “emancipate the mind” and learn more about and from China’s approaches and its ideas, and to do so for the West’s own benefit.

I make this suggestion not only to avoid further ideology-driven misreadings of China, a hugely important nation that is a civilization in itself, but also to enrich the world’s collective wisdom in tackling challenges ranging from the eradication of poverty to job creation to climate change.

Editor’s note: This article is adapted from The China Wave: Rise of a Civilizational State (World Century) by Zhang Weiwei. Published by arrangement with the author. Copyright © 2012 by World Century Publishing Corporation.

Western countries did not introduce the one-person-one-vote system in their countries until their modernization process was completed.

The simple-minded populism of electoral democracies means little consideration is given to the long-term interest of a nation and society.

When late 18th century China decided it did not need to learn anything from others, China began to decline. This is what defines the "end of history" for great nations.

Now, I observe a similar mindset almost in the entire West. It is necessary to come to China and see with one's own eyes how China has reformed.

Zhang Weiwei is a professor of international relations at Fudan University.

Western countries did not introduce the one-person-one-vote system in their countries until their modernization process was completed.

The simple-minded populism of electoral democracies means little consideration is given to the long-term interest of a nation and society.

When late 18th century China decided it did not need to learn anything from others, China began to decline. This is what defines the "end of history" for great nations.

Now, I observe a similar mindset almost in the entire West. It is necessary to come to China and see with one's own eyes how China has reformed.