Why Some Nations Grow Fast (and Others Don’t)

What are the historical origins and future prospects of the Chinese business model? 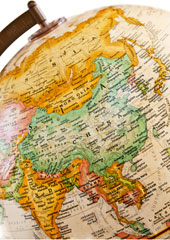 In essence, there are two East Asia’s, one in the Northeast, which includes four successful historical economic narratives, the other in the Southeast. In the latter region, apart from the city-state of Singapore, no economy has succeeded to rise to first world status. In addition, on the basis of current trends, none is likely to do so.

In the Northeast Asian formula of successful industrialization, the state drives, the market follows. The real economy is on top — and finance is on tap. After a first stage of agricultural reform involving small scale, labor intensive farming, a second stage of competitive export-oriented manufacturing followed.

The Northeast Asian model is outward, not-inward looking. It therefore stands in contrast to the import-substitution industrialization model, as practiced in the past by many countries, including Brazil and India.

The success or failure of these models was not preordained. For three decades, Japan and Brazil were the world’s fastest growing economies. Notably, Japan operated on an export-oriented model, Brazil on an import substitution model.

However, while Japan’s GDP per capita increased eleven-fold from 1950 to 1980, Brazil’s was a much more modest four-fold. That move allowed the country to graduate from low to middle income, but it has remained there ever since.

Why some nations grow fast and others don’t

The four successful East Asian economies are, in chronological order of industrialization: Japan, Taiwan, South Korea and the People’s Republic of China (PRC). While economic theories may be failing to explain their evolution, history provides a lot more light.

One of the common forces in the four Northeast Asian industrialization narratives is that of external threat. In the early to mid-19th century, Japan lived in a state of self-imposed peaceful feudal isolation, following its decision to close the country (sakoku) in the early 17th century.

The early to mid-19th century was also when the Western imperial powers, Britain in particular, burst upon the East Asian scene and in a series of Opium Wars brought the Chinese dragon to heel: China’s share of global GDP stood at 33% in 1820, from where it fell to less than 5% by 1950.

While Japan’s intention was initially to tell the Western powers seeking Japan’s opening to go away, in view of the devastating blows brought to China, pragmatism prevailed. In 1868. a major political revolution occurred, known as the Meiji Restoration.

It set in place the structures and strategies for Japan’s rapid economic development – the most rapid the world had ever seen and indeed saw until the Chinese story of the last 30 years.

Japan’s industrialization was driven by the slogan of fukoku-kyôhei – enrich the country, strengthen the army. Thus, enriching the country (industrialization) was not an end in itself, but a means to establishing a strong state that could withstand the threats of Western imperialism.

Little wonder then that Japan was the only non-Western nation to emerge as a major industrial and imperial power in the course of the late 19th century.

Of course, Japan defeated its own economic approach when it went into militarist overdrive in the 1930s and felt confident enough to take an economy that had been built as a defensive mechanism into one that would fund an aggressive military expansion strategy.

When that strategy badly failed with Japan’s defeat in September 1945, most of the country’s production capacity had been destroyed. Nevertheless, the Japanese economic phoenix rose quickly from the ashes, essentially by putting in place a modernized version of the Meiji state-industry model.

Whereas in typical Western capitalist economies the ministries of industry and trade are separate, Tokyo’s main institutional innovation was to merge the two in establishing in May 1949 the famous MITI – Ministry of International Trade and Industry. Thus, industrial policy was linked to trade policy, and vice-versa.

The private sector became part of the national chain-link mechanism, operating under the aegis of the government’s “administrative guidance” (gyôsei-shidô). It combined protection of domestic infant industries with the promotion of exports.

Overcoming the Japanese and other fear factors

Taiwan and Korea had both been colonized by Japan. Post-war, both were under imminent potentially devastating threat, Taiwan from the PRC and South Korea from North Korea.

In both cases, the fear of invasion, as with Japan in the Meiji period, acted as a strong propellant for economic growth and development paired with powerful state involvement.

Bitter post-colonial resentment towards Japan notwithstanding, both Taipei and Seoul adapted the Japanese model of state directed economic governance and development.

Apart from the city-states of Hong Kong, Singapore and Malta, South Korea and Taiwan are the only economies to have successfully transited from third world to first, from very low to comparatively high income per capita.

I first visited both Taiwan and South Korea in 1967 and have returned often since. The changes have been absolutely astonishing.

This is all the more so as they were not expected. In the 1950s, the World Bank estimated that the Asian countries most likely to perform well economically were Burma and the Philippines!

In Beijing, following the death of Mao Zedong, it was clear that the red cat of communism was not catching the economic growth mice. Hence evolved the need to switch to the black “socialism with Chinese characteristics” cat. Whereas Maoism was replete with ideological fanaticism, Dengism is all about pragmatism.

Underlying both, however, is a mega force of nationalism. China’s modern history, from the 1830s to 1949, is probably the world’s most bloody and cruel period. It saw constant civil and foreign wars, revolutions and invasions, which resulted in catastrophic economic conditions. No wonder that the words “poor” and “Chinese” became synonymous in the global lexicon.

That is also the background that intuitively guides Chinese leaders today. They remain convinced that the United States ultimately aims to prevent China from realizing its full potential.

That is an important point to remember. After all, as with Japan in the Meiji era (1868-1912), industrialization is the means to an end, namely a means to China’s re-emergence as a great power.

As things stand in the second decade of the 21st century, there are a number of questions, both in respect to the sustainability of the Northeast Asian model and its impact on the outside world.

Japan’s two lost recent decades would seem to demonstrate that while its model may have been an ideal road for achieving industrialization, it appears ill-suited to the aging post-industrial society that Japan has become. Whether “Abenomics” will do the revitalising trick remains to be seen.

Many questions arise in respect to the future and sustainability of the Chinese model. A critical one is that China has yet to pass the middle-income threshold. Whether it will, and if so how it should go about it, is one of the most discussed issues in Chinese policy and academic circles today.

There is also the whole environmental dimension. Japan, Taiwan and South Korea were high-growth and high-pollution societies at their stages of industrial development last century. Is that still a possible avenue in which to base one’s rise in the 21st century? This is an all the more hair-raising question this time around, since it is not “little dragons” we are talking about but the biggest dragon of all.

Nationalism in the era of globalization

What about nationalism in the era of globalization? China is a potentially extremely lucrative market for foreign enterprises, though none are really clear on what the Chinese playing field is really like and where the goal posts are.

How China develops internally and how China behaves externally are the two most important questions of this stage of the 21st century.

The answers are by no means obvious – indeed even the Chinese leadership is unlikely to have them. But the quest is likely to be far more fruitful by studying history than economic theory. As Winston Churchill famously said: “The farther backward you can look, the farther forward you are likely to see.”

Northeast Asia’s industrialization wave was driven by a strong sense of external threats.

Japan’s industrialization was not an end in itself, but a means to withstand the threats of Western imperialism.

Post-colonial resentment towards Japan notwithstanding, both Taiwan and Korea adapted the Japanese model

Whereas Maoism was replete with ideological fanaticism, Dengism is all about pragmatism.

In the 1950s, the World Bank expected Burma and the Philippines as Asia’s best economical performers!

Northeast Asia’s industrialization wave was driven by a strong sense of external threats.

Japan’s industrialization was not an end in itself, but a means to withstand the threats of Western imperialism.

Post-colonial resentment towards Japan notwithstanding, both Taiwan and Korea adapted the Japanese model

Whereas Maoism was replete with ideological fanaticism, Dengism is all about pragmatism.

In the 1950s, the World Bank expected Burma and the Philippines as Asia’s best economical performers!