Why Political Risk Will Dominate Markets in 2014

The headlines are filled with bad political news and that means bad news for markets. 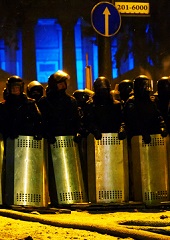 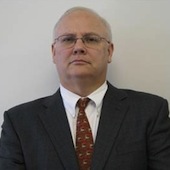 Scott MacDonald is the Head of Research at MC Asset Management.

Anyone who hopes that 2014 will be a year in which economic factors dominate global markets is probably going to be disappointed.

The headlines are filled with bad political news — a failed election in Bangladesh, an opposition-boycotted electoral contest looming in Thailand, a slide toward civil war in Ukraine, and ongoing social unrest in Brazil.

Add to this Sino-Japanese tensions, a lively discussion over the possibility of reliving the First World War, and the coming withdrawal of U.S. and NATO forces from Afghanistan.

Taking all of this into consideration, there are big questions about the ability of markets to glide through the year, powered by stronger economic growth in the advanced economies.

This also extends to the growing dependence for revenue and profit growth of major U.S., European and Japanese companies on emerging markets.

This is going to be a year of adjustment for emerging markets, some more than others. And the political risk factor is going to dominate.

Where is The Great Rotation?

The Great Rotation that was supposed to take place in 2013 with investor money flowing out of credit markets and into equity markets may yet take place in 2014 — but it won’t be from debt to equity. Instead, cash will exit emerging markets and enter into advanced markets.

According to Bloomberg, more than $7 billion flowed out of Exchange Traded Funds investing in emerging markets in January, while $1.8 trillion was erased from the value of equities worldwide.

And here is the link to U.S. and other advanced economy markets: the Dow was in negative territory for its first January since 2010. Looking for a safe harbor, money has flowed into U.S. Treasury bonds, keeping yields lower than most analysts’ expectations.

The pivotal factor for emerging markets is that, as the Federal Reserve tapers, reducing liquidity injections for riskier assets, the party is over for easy money in Asia, Africa, Eastern Europe, Latin America and the Middle East.

Risk factors that were easy to ignore in an age of capital excess, now are a cause of trepidation. This extends to large fiscal deficits, current account deficits, dependence on short-term credit, and inflation levels.

Rule of law: The challenge for emerging markets

Add these factors to the examination of what emerging market governments are doing in terms of the ongoing challenges of poverty, inequality, urbanization, environmental degradation, and the picture appears more daunting, prospects less stellar. Above all else, it raises the issue of good governance and the rule of law.

The sad fact is that in many countries good governance is marred by widespread corruption, a focus on wealth generation for a few, and opaqueness in financial transactions and budgets.

Increasingly, after years of viewing it in a party mood (the Western, not the CCP type of party), China is seen in this light — and it is making investors worried.

Unfortunately, China is not a pocket-size country like Grenada, Slovenia or Rwanda. It is the world’s second-largest economy. Whatever happens there ripples outwards – if not worldwide.

How to turn the tide in emerging markets

In many emerging market countries, government institutions are weak. This contributes to far more than “just” political instability. The resulting lack of coordination on economic policies, bureaucratic conflicts and corruption are a severe drain on the efficient use of the available resources.

The combination of factors undermines the legitimacy of governments, all of which harms local development aspirations. Eventually (i.e., once the “party” mood is over), it is a turnoff to investors, who are a source of badly needed capital.

That is why the governance issue, abstract as it may sound in the ears of some, is going to be one of the major themes in 2014 as investors reassess emerging markets and weigh risk-reward scenarios. The risk of new black swans is clearly increasing.

The party is over for easy money in Asia, Africa, Eastern Europe, Latin America and the Middle East.

Scott MacDonald is the Head of Research at MC Asset Management.

The party is over for easy money in Asia, Africa, Eastern Europe, Latin America and the Middle East.

A Nation of Home Offices?