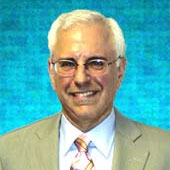 If there is one lesson for the United States that has come out of the current revolutions in the Middle East and the horrific tragedy unfolding in Japan, it is that globalization has eliminated the 18th century distinctions between America’s foreign, domestic, economic and defense policies.

They are one and the same. It is impossible to separate the United States’ distorted energy policy from its domestic economic policy and from its inability to act in its own long-term interests in the Middle East.

The historic failure of U.S. leadership not to want to recognize the relationship between domestic energy policy and foreign policy — to appease the problem instead of confronting it — has put the nation at severe risk.

A president in a mature democracy like the United States is given by history few opportunities to lead, to dramatically move the nation forward to a better place. Unfortunately, these opportunities mostly arise out of crises, tragedies or cultural shocks, when something happens that forces the country and its political leadership to see beyond the traditional battle among national interest groups.

Such times, although very rare, provide a true test of presidents’ leadership skills and of their ability to seize the moment and change the course of history.

Arguably, George W. Bush’s biggest historic failure as a leader was not his slow, inefficient response to Hurricane Katrina or the unquestioning frenzy that led to the invasion of Iraq.

Rather, it was his failure to understand — or his not wanting to understand — that the interconnectedness of globalization had made America not only open to terrorist attacks but also economically dependent on the countries whose repressive political regimes gave rise to the very terrorists who attacked the United States.

The days following the attacks of September 11 were the single greatest political opportunity to seriously address the United States’ dependence on Middle Eastern oil. The public would have easily followed President Bush’s lead if he had proposed both a significant gas tax and innovative tax credits to finance alternative energy development.

But whether because of his oil background, his inability to connect the dots, or both, Bush did not act when the moment presented itself. And because of this lack of action, America today is being charged a significant negative dividend on its economy and on its ability to act freely in foreign affairs.

Ironically, the Bush Administration — an administration that was so focused on protecting America from terrorist attacks — never did anything to protect the country from a disruption in its energy flows.

Instead, it empowered the Saudi Kingdom to act as the ultimate central bankers of the world (a tradition that continues today). In essence, President Bush relied on the good judgment of the Saudi royal family to increase and decrease oil production and thus regulate the U.S. economy in much the same way the Federal Reserve does with money.

Politics is the art of the possible — and it would be logical for President Obama, who seemingly lacks a unifying event like September 11, to stay away from energy. For it is easier for any president to constantly appease the problem and pretend it doesn’t exist — while secretly knowing that it is an addiction that is slowly destroying the economy and indeed the independence of the nation.

But the Middle East revolutions have changed the possible. Many Americans might not know the ins and outs of what is going on in the region, but they surely know their bills for gasoline, home heating oil and electricity are skyrocketing. And they all know it is on account of America’s dependence on foreign energy.

The risk premium in the cost of energy, particularly the fear that the revolution might progress to Saudi Arabia, has given President Obama a rare “carpe diem moment” — a unique opportunity to be heard, to rise above the day-to-day issues and confront one of the true monsters confronting America.

He has a golden opportunity to strengthen America’s economy and free U.S. foreign policy from the whims of Middle Eastern dictators by initiating meaningful change in America’s energy policy.

President Obama’s task will be much more difficult than President Bush’s would have been in 2001 when the government was running a surplus, gasoline was significantly cheaper and the tragedy of September 11 had politically united the country for a moment in time.

In contrast, today it is economically and politically impossible to increase the gas tax when energy prices are rising rapidly due to instability in the Middle East. After all, doing so would counteract the Federal Reserve’s stimulus program by taking money out of consumers’ pockets and in addition would feed the impression of rising inflation.

But there are other ways to create policy change that would have the added effect of stimulating domestic job growth, thereby offsetting the negative economic effects of high oil prices.

In addition to dramatically increasing investments in research and development of alternative energy sources, larger tax credits could be given for the purchase of energy efficient vehicles, as well as for costs incurred in making one’s home more energy efficient. The housing credits would in effect carry a two-for-one economic punch, making the nation more energy efficient while at the same time bolstering one of the country’s most depressed industries.

Of course, there will be some who will argue that the U.S. government cannot forgo additional tax revenues when it is running such a huge deficit. But that is not the question. Rather, the question is: How can the U.S. economy afford not to reduce the long-term cost of energy — and how can America not act to free its foreign policy from the chokehold of foreign energy?

The Bush Administration empowered the Saudi Kingdom to act as the ultimate central bankers of the world (a tradition that continues today).

President Obama has a golden opportunity to strengthen America's economy and free U.S. foreign policy from the whims of Middle Eastern dictators.

The Bush Administration empowered the Saudi Kingdom to act as the ultimate central bankers of the world (a tradition that continues today).

President Obama has a golden opportunity to strengthen America's economy and free U.S. foreign policy from the whims of Middle Eastern dictators.

Yes, There Will Be a U.S. Infrastructure Bank