Shorting Greece — Or the World?

What are the pros and cons of putting Greece’s recent bailout to a popular referendum?

What are the pros and cons of putting Greece's recent bailout to a popular referendum? 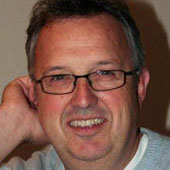 Giorgos Papandreou, Greece’s prime minister since October 2009, is the youngest member of a political dynasty that has so far produced three prime ministers in as many generations. “George” was born in the United States, lived in Toronto and has degrees in sociology from Amherst and the London School of Economics. He is a learned man, adorned with a fellowship at Harvard and an honorary law degree from his alma mater, Amherst.

Papandreou III joined Greek politics in 1984 and ascended to the head of government 25 years later. He is generally a well-respected politician, having rubbed shoulders with the G20 leaders and a senior member of the European Union’s leadership team. He has built up a good amount of political capital within these groups thanks to his leadership, so far, in the Greek financial crisis. He will need all this capital when defending his recent decision to put the acceptance of the international rescue package to a popular referendum.

While German Chancellor Angela Merkel and French President Nicolas Sarkozy are downright angry about the perceived betrayal of trust, other world leaders are simply shaking their heads. Supporters of Papandreou’s decision are few and far between. Among them, interestingly, is Mark Carney, Canada’s Central Bank Governor. In his view, deferral to the Greek people may not be that bad an idea, as the country will have to continue on a path of suffering in order not only to meet the package’s conditions, but also to achieve longer-term economic sustainability.

According to his view, the kind of austerity that Greece is embarking upon needs political support and legitimacy, and getting it from the people directly rather than from a parliamentary vote may seem like a sensible idea.

However, the deferral to the vox populi in Greece raises two significant questions. One has to do with how representative democracies work, compared to direct democracies. The other concerns the consequences of a negative vote in the referendum planned for December.

There are two major democratic systems in the world today: democracy by representation and democracy by popular engagement. The vast majority of democracies across the globe, including Greece, run on the representative model wherein the populace elects a parliament and a government in cycles that can last from four to seven years.

It is then the responsibility of the elected representatives to legislate and make political decisions. If a government veers too far off the pleasure of parliament, a non-confidence vote can be brought to the floor.

If this vote is successful, the government will fall, and elections will be called outside of the regular cycle. Mr. Papandreou will ask the confidence question later this week, sticking to the rules of representative democracy, while also deferring to his people directly. That’s a first.

Direct democratic systems are an anomaly. Currently only Switzerland runs on a model in which the voting population has the power to take decisions away from parliament. The Swiss constitution forces significant decisions of national importance to a popular vote. Parliament also has the right to defer other decisions to the people, and the people can force a popular vote on certain topics by way of popular initiative or referendum.

The Swiss have a history of going to the ballots several times a year, on issues ranging from gun control to clean energy — and (notoriously) banning minarets.

The Swiss system of constitutional referenda demanded a popular vote on whether Switzerland should join the European Economic Community. In 1992, the Swiss decided to stay out and find a way to negotiate bilateral deals with the EU on topics including immigration and mobility of capital, jobs and people.

If Switzerland were in Greece’s situation, a popular vote on accepting the bailout and on implementing an austerity plan would be mandatory. But Greece is not Switzerland. The last popular vote in Greece on a political issue (instead of simply electing representatives to parliament) was in 1974, when the Greek people voted in favor of abolishing the monarchy. Nobody will deny the populace the right to that kind of vote, as it fundamentally changed the constitution and the fabric of the nation.

However, deferring the austerity measures, as passed by the Greek parliament several weeks ago, seems like an abdication of political responsibility. When European parliaments from Berlin to Bratislava voted to create an expanded European Financial Stability Facility (EFSF), they had no idea that Papandreou would flip-flop on how this all applied to Greece.

His leaning on the celebrated “democratic tradition of Greece” after all members of the EU went through extraordinary efforts to avoid a Greek collapse is quite naturally seen as a betrayal of the democratic framework that exists within the EU.

Papandreou has now surrendered control to Greek voters. Forcing a popular vote in a time of crisis may be one way to secure political survival, if the people support the government. But this is a rather big “if” given the collective anger that exists in Greece, as evidenced by the violent riots and general strikes we have seen over past weeks and months.

The European Union is a union of political leaders, and not of European peoples. It is hard to see how the Greek people will vote in favor of a bailout that forces so much sacrifice on them, just to stay within the eurozone and the EU. Both institutions are not exactly popular these days.

Bringing the Greek bailout to a popular vote gives people the illusion that they actually have a choice. This may be true in a theoretical, political sense. Of course, the Greek electorate is at liberty to vote “no.”

Athens’ prospects of actually defaulting are much higher today than they were last week. The 50% haircut agreed to by private holders of Greek debt will not even be close to satisfy mark-to-market rules. This will create more problems for European banks, as they have to find ways to bolster their balance sheets after taking additional hits on their Greek sovereign exposure.

Greece may no longer get a bailout, but some European banks holding their junk debt will have to depend on the EFSF to survive the fallout from Greece going off the deep end.

Let us just hope that nobody other than Mr. Papandreou knew of his plan and that it was a spur-of-the-moment decision. Given how closely hedge fund managers, especially U.S.-based ones, have been watching the euro crisis unfold, that is unlikely. These fund managers have paid legions of “consultants” a pretty penny over the past two years to turn every stone, read every tea leaf and dig up any bit of inside information.

Imagine somebody got wind of it. Or worse, if somebody were informed from inside the circles of power in Greece. The person or persons, properly leveraged, who had knowledge of this over the weekend stood to make billions — overnight. That the markets would drop like a stone after Papandreou’s coup du monde (far bigger than a mere coup d’etat) was a sure thing.

Last week, things were looking up. Markets were elated at the prospect of secured containment in Europe and a resolution to the Greek crisis. Papandreou’s gamble has changed everything. Markets tumbled as quarantine of the Greek virus seems much less likely.

It is impossible to forecast what is going to happen next in Europe and what the G20 summit in Cannes may be able to come up with to calm the waters. Stay tuned and hope for the dominoes to stay in place for a little longer.

Any investor, properly leveraged, who had knowledge of the referendum decision over the weekend stood to make billions — overnight.

The last popular vote in Greece on a political issue was in 1974, when the Greek people voted in favor of abolishing the monarchy.

There are two major democratic systems in the world today: democracy by representation and democracy by popular engagement.

Direct democratic systems are an anomaly. Currently only in Switzerland does the voting population have the power to take decisions away from parliament.

Any investor, properly leveraged, who had knowledge of the referendum decision over the weekend stood to make billions — overnight.

The last popular vote in Greece on a political issue was in 1974, when the Greek people voted in favor of abolishing the monarchy.

There are two major democratic systems in the world today: democracy by representation and democracy by popular engagement.

Direct democratic systems are an anomaly. Currently only in Switzerland does the voting population have the power to take decisions away from parliament.