The War of Ideas: Does It Exist? Can It Be Won?

What is the big idea (or set of ideas) the West is battling about? 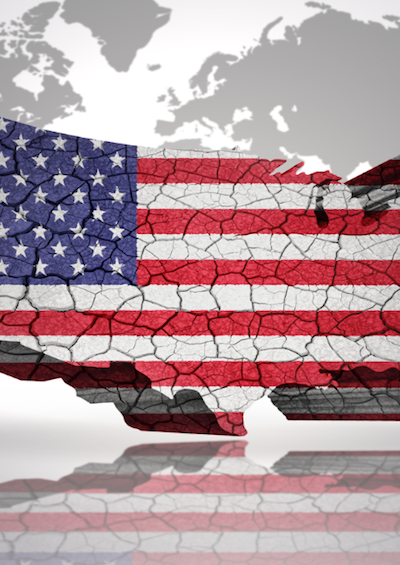 Russia is rattling its saber. China roams around the South China Sea. Here we go again. According to some, we are said to be “at war.” Thankfully, for now it is just a “war of ideas.” That is intended to offer some comfort.

But even accepting this premise, this leads to the big question: What is the big idea (or set of ideas) we are said to be battling about?

Most people, from where they sit politically or ideologically, would possibly each pick a different idea from among these options.

Basically, all of these ideas are noble ones. The challenge lies in getting there – the operational dimension of politics. And that is a fiendishly complex question of national (and international) will and decision-making, as well as of proper resources.

Truth be told, immense conflicts are built into the global system in the pursuit of these goals/ideas. There are competing national agendas and preferences. Also, the means to achieve them are limited, not least in terms of available financing.

That was so until Mr. Putin decided to move into Ukraine – and, I would suggest, remains so now. As it happens, Putin has done all those who were gravely worried about NATO’s continued relevance a great favor. His acts of aggression reminded everyone in the West what the “idea” of NATO originally was. It is thanks to Putin’s machinations that NATO will yet remain relevant.

As far as China is concerned, and its concept of “smart authoritarianism,” which translates into an intrinsic dislike of democracy, the leadership there aims for many of the same goals we do in the West. Of late, this prominently includes striving for a cleaner environment. Quasi-democratic feedback from the population is certainly there.

With all of that in mind, we in the West must still guard against any inclination to use the concept of “ideas” to rally together. If we did so, all we tend to achieve in the real world is to paper over considerable differences we have among ourselves.

Concepts such as the Community of Democracies, comforting as they sound, ultimately offer false comfort. (Not least because the founding members were not all themselves democratic.)

For all the challenges Western nations face, those of others – such as China and Russia, the presumed “systems competitors” – are much larger still. There is no need for Western democracies to tremble before them.

In my view, our best “defense” is to advance our own societies and deal with the problems building up at home. The more we do so, the better prepared we are for the future.

The battle at home

Furthermore, some of the key battles in the war of ideas will be fought within the Western camp. There are great divides on pivotal issues, if one looks, for example, at the position of the U.S. Congress on the environment.

Within Europe itself, there is a vehement debate over the core idea to be embraced in economic management. Is it “solidarity”? Or is it mostly a well-coordinated international effort at each country’s national level to undertake enduring adjustments to various challenges?

The former often boils down to an argument of not wanting to change at home, and then asking others to step in to pay for one’s own shortfalls.

The reason why the “war” character slips into the debate ever more often is that we in the West know that our great cycle of world leadership is over. We are much more resource-constrained than we used to be. And we have allowed to let the problems build up, rather than deal with them early and efficiently.

In my view, that loss of focus has to do not just with the innate character of welfare societies, but also with the United States repeatedly going onto a warpath in the Middle East.

At a minimum, that effort, which is yielding no positive results, distracted the United States – in terms of policy focus and resource commitment – from other pressing tasks at home. It also left the West a bit rudderless. Hence, the relative rise of Merkel and of Germany.

It is more than an amazing anecdote that, in Washington itself, the iconic Memorial Bridge has recently been partially shut down, due to corrosion. Infrastructure repair is one of the very mundane challenges nations have to deal with, even the one that portrays itself so readily as the richest on earth.

No “war of ideas” will keep a bridge standing.

Even within the Western camp, there are great divides on pivotal global issues today.

Western countries must worry about just papering over differences they have among themselves.

Our best “defense” is to advance our own societies and deal with the problems at home.

Even within the Western camp, there are great divides on pivotal global issues today.

Western countries must worry about just papering over differences they have among themselves.

Our best “defense” is to advance our own societies and deal with the problems at home.

David Cameron and Europe: On the Road to Damascus